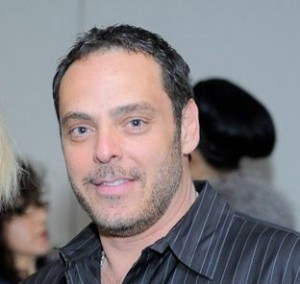 omenic Serio has been designing gowns and cocktail suits for over 20 years, making him one of Canada’s foremost Couturiers.  At his studio in Toronto GTA, his team of artisans have been creating one of a kind showpieces that are unparallel to any other.

Since opening his Atelier to the public, his team have created gowns that have graced both the runway as well as red carpets around the world.

His clients run the gamut from prima ballerina Karen Kain, award winning jazz singer Diana Krall who donned his gown while performing with Luciano Pavarotti in Italy.  The Emmy awards saw Susan Seaforth, and Jeanne Cooper, who played legendary Catherine Chancellor both in his gowns.  In fact the Oscars, The Grammys, The American Music Awards and Miss Universe have all been graced by one of Domenic’s gown.  Unbeknownst to most people he even created both stage as well as personal garments for the Artist Prince.

His work has been featured in fashion shows around the world as well as numerous publications from Style Magazine, People, U. S. Magazine and Women’s Wear Daily. His Trademark gowns are a marriage of exceptional design and impeccable fit.

Domenic’s attention to detail ensures satisfaction for each client he welcomes into his studio.  Your experience begins with your free consultation and ends with a perfectly tailored garment that was made especially just for you.

Welcome to the world of Domenic Serio…